Recognize the similarities, differences and effects of Persian vs Arabic languages ​​on each other

Since Iran is next to Iraq and in the neighborhood of many other Arab nations, the question for many foreign tourists is whether Persian vs Arabic are related or not.

The origin of the formation of Persian and Arabic languages

The answer to this question is that the two languages are not directly related but have influenced each other. Persian and Arabic languages are two completely separate families and their origin is different. The Arabic language belongs to the “Semitic languages” family, which includes languages such as Hebrew, Aramaic, Phoenician and Ugaritic. But Persian language is a family of Indo-European languages that includes the languages of northern India and Europe, such as English, French and German. Because of this, the two languages have very different “grammar” and “vocabulary”.

There are differences between the two languages, which shows that Persian has a simpler grammar than Arabic. One of these differences is that there is no gender in Persian grammar. That is, names are not divided into “masculine”, “feminine” and “neutral”, which makes learning easier.

The effect of Arabic words on Persian

In Persian literature, about 40% are Arabic words, but in colloquial Persian, the percentage of Arabic is much lower. Although many Arabic words have entered Persian, their Arabic structure has not entered the Persian language. Of course, words from Persian are also included in Arabic, although there are fewer of them. There are few in standard Arabic and more in the regional dialect, especially “Iraqi Arabic”.

Recognizing Persian words in Arabic is more complicated. Because when they entered this language, these words were broken down into root letters and placed in the chapters of the Arabic language and became Arabic words.

The difference between Persian and Arabic

Remember that all the languages ​​of the world have traded and will trade words. They may be the only dead languages ​​in which this has not happened. The existence of Arabic words in Persian is natural, just as there are hundreds of Persian words in Arabic. Although it is difficult for someone who is not fluent in two languages, there are simple ways that are interesting to know.

Among the 32 letters of the Persian alphabet, some letters are only for Arabic words.

Letter (ث): Any word that has ث is undoubtedly Arabic and has no Persian roots. Except (“کیومرث” (Kiomars), which means wise man), (“تَهمورث” (Tahmurth), which means the owner of a strong male dog) and Latin words such as بلوتوث (Bluetooth) or names like “ادوارد ثورندایک” (Edward Thorndike) and…, which are very obvious, are Latin names, not Arabic or Persian.

Letter (ح): Any word that has the letter “ح” is undoubtedly Arabic and has no Persian roots. Except for the word “حوله” (towel), which is precisely “هوله” and is almost certainly of Turkish origin and means (feathered).

Letter (ذ): In ancient Persian, the pronunciation of this letter is similar to its Arabic pronunciation. More than 95% of words with “ذ” have Arabic roots except for the Words like “گذر”, which means passing and “پذیرش”, which means accepting.

Letter (ص): Every word that has “ص” is undoubtedly Arabic, except for the number “شصت” (sixty) and the number “صد” (one hundred).

Letters (ض / ظ / ع): Without exception, it is only for words with Arabic roots, and in Persian, there is no such expense of letters.

Letter (ط): is the most controversial letter in spelling words. This letter is only for Arabic words and we do not have “ط” in Persian, and the words written with “ط” are either Arabic or if they are not Arabic, they are misspelt. Like  “طهران” (Tehran).

Letter (ق): is also controversial in the second place. We do not have this letter in Persian, and this is special for Arabic words in 90% of cases.

Four letters (گ/ چ/ پ/ ژ): There is also no in the Arabic language. And any word that has one of these four letters is surely not Arabic and most likely has Persian roots.

Languages usually borrow words from each other and lend to each other. Meanwhile, the Arabic language has introduced the most borrowed words in Persian over the past centuries and European languages in the last hundred years.

Here, after examining the similarities and differences between Persian vs Arabic languages, it is better to get useful information about each of them and their antiquity.

Persian is officially Dari in Afghanistan and Tajik in Tajikistan. In 1872, at a meeting of European writers and linguists in Berlin, Greek, Persian, Latin, and Sanskrit were chosen as the world’s classical languages. According to this definition, Persian is considered an ancient classical language, which has a rich literature and has changed little in the last millennium of its life.

Arabic language and its history can be devided into pre- and post-Islamic in one way. In pre-Islamic times, the Arabic language divides into two branches, Southern Arabic and Northern Arabic. Southern Arabic was spoken around present-day Yemen and was influenced by its connection to the ancient Egyptians and the Phoenician civilization. With the growth of Islam, the language was gradually forgotten, and instead of the Arabic language, which is the basis of modern Arabic, prevailed throughout Saudi Arabia. This language is now also called classical Arabic.

The history of the Arabic language

Hundreds of years ago, nomadic tribes lived on the Arabian Peninsula called the Samians, and the ancient language spoken by the Samians was called the Sami. Although some Samians still live in remote areas of Saudi Arabia, over time, many of them gradually left the peninsula. They migrated to the surrounding regions, mixing in language and culture with the people of those areas.

During these migrations, great civilizations emerged in the surrounding areas, including the Babylonian, Aramaic, Sumerian, Canaanite, and Hebrew civilizations. The ancient languages ​​created in each region have apparent differences, but they are all considered to be Semitic languages. 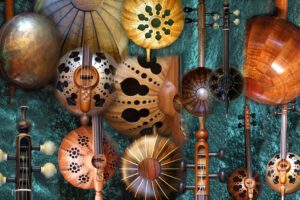 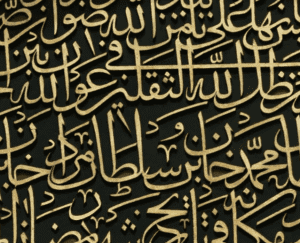 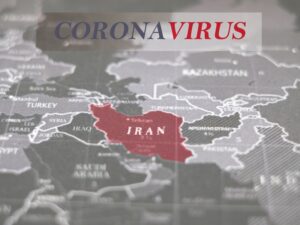 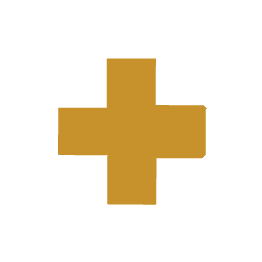 Got feedback? We'd love to hear it! You can leave us a review 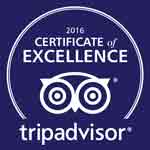